Is It Important For A Resident Indian To Disclose Their Foreign Earned Income While Filing Their Income Tax?

Priya returned back to India in 2012 after living in USA for more than 5 years. The French Company where she worked has retained her as a consultant and sends her salary in pounds. Her salary is credited to a bank account there and she had to pay tax on it.
Does Priya have to pay tax on this income or include it in her income tax return in India?
Priya is now a resident in India. Taxability of income in India depends upon her residential status. A Resident is required to pay tax on their Global Income. The resident should disclose all the income earned by them from all the sources and all the countries in their income tax return and then pay tax on it in India. An NRI pay taxes only on the income earned or accumulated in India.
Therefore, all of Priya’s income, including the salary that she earned in foreign currency will be taxable in India.
Her income received in pounds will be converted to Indian rupees for the purpose of income tax calculation and will be added to her total income which will be taxed at the slab rates prescribed by the income tax department. 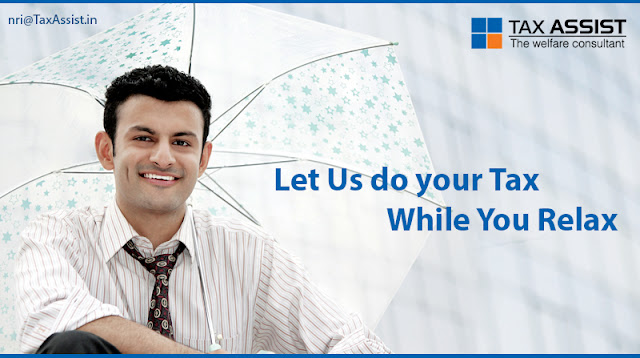 If Priya has already paid the tax on the foreign income in abroad then she can claim the benefit under the Double Tax Avoidance Agreement. Based on the suitable provisions of the DTAA between the two countries, she will be saved from getting taxed twice.
If you are a Resident and have earned any income from abroad, make sure that you disclose it in your income tax return.
Tax Assist is a professional income tax consultancy in India for both corporate houses and individual tax payers; the latter comprising Salaried Individuals, Seafarers, Professionals and Non Resident Indians.

With the help of Tax Assist and its team of income tax professionals, taxpayers can minimize their Income Tax liability, maximize their net income and create opportunities to save for current and future needs while maintaining proper accounting standards and income tax returns which are compliant with the Law.